Fall is comfort food and root vegetables, two things that we have highlighted with the first two cupcakes in our Autumn cupcake quartet. Autumn is also Halloween. T cupcakes are perfect for Halloween: our black velvet cupcakes with slime and cobwebs.

Halloween is not celebrated in Germany. Instead, like most of Europe, Germany has a day off no for All Hallows’ Eve, but for All Hallows’ Day, otherwise known as All Saints’ Day. The children don’t miss out on candy or dressing up though, at least in our area of Germany.

Carnival – known as the fifth season – starts on 11 November and continues until Lent. The period, particularly the weekend before Lent, involves lots of parties and costumes.

Mid-November is also St Martin’s Day. To celebrate, the children will walk around the neighbourhood with lanterns and will stop at local houses to sing and receive sweets. There are more formalities involved, but I will discuss these more in a separate post.

Let me preface this by saying that it is not my cupcake recipe. I didn’t try red velvet cake until I was nearly in my 30s. I don’t bake it very often and have not found the need to perfect the recipe.

Instead, this is Sally’s recipe from Sally’s Baking Addiction. I love Sally’s recipes and have never had one go wrong. Her pineapple carrot cake makes a regular appearance in our house.

I love the care that she puts into perfecting her recipes and the tips that she gives. Who am I to mess with perfection?

Our cupcakes are of course black velvet cupcakes, but they are based on a traditional red velvet cake. If you’d like more tips on how to make these cupcakes, have a look at Sally’s post. If you have your own favourite red velvet (cup)cake recipe, feel free to use it. Just switch out the red food colouring for black and you will be on your way to the perfect gruesome Halloween cupcakes.

I’m not sure that is really a word, but I think you know what I mean.

Black velvet instead of red velvet: pretty self-explanatory. For a more intense black, I do recommend that you use gel food colouring, not liquid. When I used liquid food colouring, I had to use more than twice as much and the colour was not as intense.

Crème Pâtissière slime: crème pâtissière is so versatile and is great as a filling in profiteroles, cakes or cupcakes, or on a fruit flan. All we did is take this staple recipe and add some green and yellow food colouring to make the right colour for slime. It’s used as a filling, so it’s hidden until you take a bite and the slime oozes out. Make sure you add enough for the ooze. Seriously, the slime was the taste bomb in these cupcakes!

Ghoulish frosting: a simple cream cheese frosting, coloured for the right effect. I chose purple. I actually considered doing a mix of orange, purple and black, but I already had enough of a mess in the kitchen.

Cobweb decorations: very simple to make, but very sticky and messy. All you need is marshmallows and sticky fingers. I found wetting the fingers after 3-4 cobwebs made it easier. Don’t make the cobwebs too far in advance or they will stick back together and not look like cobwebs anymore.

I found a Halloween cupcake set at H&M, but I absolutely adore these witches legs Halloween cake toppers.

I actually made these black velvet cupcakes for a farewell party. Minus the slime and cobwebs, they were not-very-gruesome Halloween cupcakes.

Peter and one of his colleagues wanted to express their feelings about the fact that another colleague was leaving the firm. They asked me to make some black cupcakes to show that they were in mourning.

Of course, the frosting was black in that case.

Make some of these black velvet cupcakes for your Halloween

We couldn’t leave this Autumn cupcake quartet without some gruesome Halloween cupcakes. Tasty and fun, these black velvet cupcakes with slime and cobwebs are the perfect addition to any Halloween feast. The only question is: what else are you going to serve?

Add as much or as little of the food colouring as you wish to reach the depth of colour you seek. I prefer to use gel colouring. I have used liquid food colouring, but found that I needed much more for a much less vivid result.  The cupcakes were dark grey instead of black. Sally has a number of additional tips on her blog. Instead of repeating them here, please just look at her post. For the slime: if you’d prefer, make orange or bloodred slime.

Try our other Autumn cupcakes

Sign up for our emails and get sneak peeks and access to all our Little helpers, including these kitchen conversion charts – for FREE! 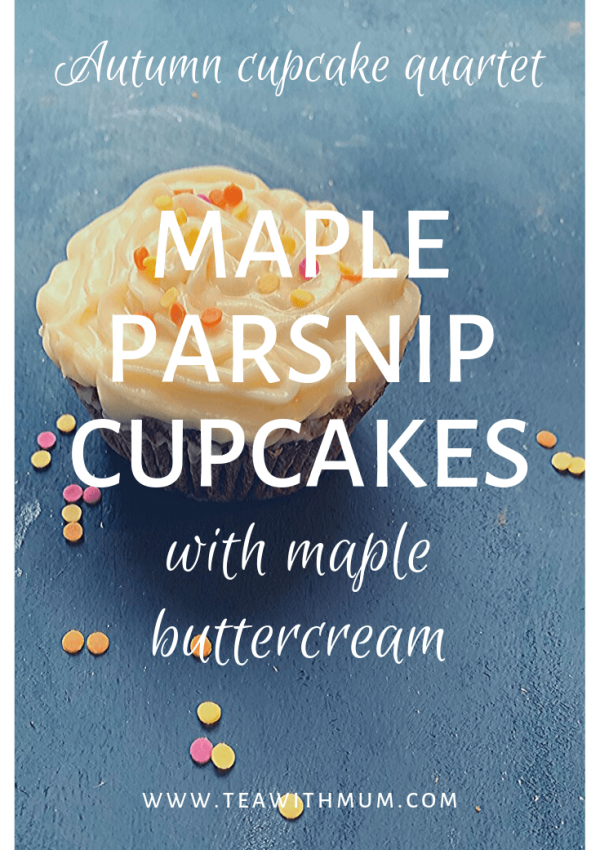 Our ectopic pregnancy: How I was made to feel defective