“Children are sponges. She’ll have no problem learning German.” I can’t count how often we have heard this phrase in relation to Miss M. However, the common view that young children are language sponges is not true for all children. Some would argue that it is not true at all when it comes to languages. Despite this fact, foreign language exposure is important at a young age.

We are raising Miss M to be bilingual

To recap, I am a native English speaker (Australian) and my husband is German. We live with our nearly 4-year-old daughter in Solingen, Germany. Before she was born, Peter and I decided to raise Miss M bilingually. Actually, neither of us could foresee it working any other way.

Initially, Miss M’s exposure to English was much greater than her exposure to German. She was at home with me for the first two years while Peter worked full time (and a bit more). Then came my Mum’s cancer diagnosis and we spent long periods of time in Australia. During this time, Miss M was exposed almost exclusively to English.

As a result, when Miss M started kindergarten, her English was fluent, but her German lagged behind. While her level of understanding was high, she could not express herself well in German.

Increased exposure to German in the environment significantly improved Miss M’s German. However, it was still behind that of the other kids. She was also reluctant to speak German, making it difficult for her to fit in.

We have since increased her German intake at home. We read more books, sing more songs and have screen time in German and she spends more time in the afternoons with Oma when Daddy is at work and Mummy is busy.

This made a big difference! After a short period of time, she started speaking in German to me rather than English.

Miss M’s German is not yet perfect. When she wants to say something complex, she finds it much easier in English. We can easily tell what German she has learnt from others at kindergarten, often simply by the tone of voice. When something doesn’t suit, it is immediately “Das ist so unfair!” (with a whine). Though the English phrase is very similar, it is one that she has probably never heard in English.

Her grammar still needs some work – this is true for most small children. However, it is her accent that is most perturbing. When she says certain phrases in German, she says them with an Australian accent. I know exactly where she gets it from, but there is little I can do about it. The German side of the family will have to work with her on that one.

When I saw the article by Lindsay Patterson in the New York Times, I was interested to see what she had to say. In “Do Children Soak up Language Like Sponges,” Patterson looked at the “pervasive idea” that children are sponges when it comes to language and at the science behind it.

In a 1997 study quoted in the article, 80 parents were asked why they chose to send their children to English language daycare centres in Barcelona and Madrid. Many parents mentioned the belief that children soak up languages as part of their reason for this choice.

Commonly, parents believed that learning a language as an adult requires significant effort and study. In contrast, children pick up new languages easily through play. Indeed, anyone who to learn their first foreign language as an adult will recognise the intense work needed to be able to speak, read and write the language well.

Children are not language sponges

Subsequent research has since found that the language sponge claim is a myth. Children do not learn quicker through play. In a recent experiment, children and adults were asked to learn a new (made up) language, Sillyspeak. Although the children learnt to speak Sillyspeak through play, the adults were quicker and more accurate with their learning.

Between 1995 an 2006, Dr Carmen Muñoz, PhD, a language researcher at the University of Barcelona, conducted the Barcelona Age Factor Project. This longitudinal study compared the language learning ability of children who started learning English aged 8 and those who were aged 11 when they first started learning English. While they had had approximately the same amount of English instruction each week and came from the same area. The students who started at age 11 performed better at English than those who started aged 8.

According to Dr Muñoz’s evidence, children will actually learn a foreign language better when they are older. However, high-frequency, good quality, foreign language exposure is important at a young age as it will activate the sponge effect in language learning.

The research outlined in the Patterson article confirmed our decision to bring Miss M up to be bilingual. Still, despite what the research has found, exposure – even if it is limited – to another language at a young age has two distinct advantages.

1. The path of less resistance

Many, who learn a foreign language for the first time as an adult, encounter difficulties with accepting significant differences in languages. This may, for example, be from:

When I was at school learning German for the first time, many members of my class had difficulty accepting that German nouns can be masculine, feminine or neutral, or that verbs are sometimes placed at the end of the sentence.

Most of us had grown up as English native speakers but could not explain many of the English grammatical rules or exceptions. We had not been taught them but acquired them through exposure – like language sponges.

German instead has specific rules which we had to learn. These rules were unlike anything we had encountered before.

The difficulty was twofold:

This period of heightened plasticity, when rewiring is more likely, is between the ages of 4 and 7, according to Dr Karen Lichtman, PhD. She is researching the relationship between language acquisition and age at Northern Illinois University. Dr Robert DeKeyser, PhD, a linguistics professor at the University of Maryland, believes that the critical period for language learning is the period between the ages of 6 and 16 (end of puberty).

This reluctance to accept the differences in a native language and a new language could be related to neural connections.

Dr Sandra Kuhlman, PhD, a neurobiologist at Carnegie Mellon University quoted by Lindsay Patterson in her article, studies inhibitory neurons. She refers to them as “gatekeeper circuits.” These neurons reside in the cortical network and dictate the brain will rewire itself in response to experience. As Patterson writes these neurons “basically… restrict what we can learn,” but are “more likely to allow for rewiring to happen in the young”.

Children find it easier to learn a new language because these gatekeeper circuits absorb new information more easily, much like a sponge. As we age, these circuits become more restrictive and only accept new experiences if they are truly new. Arguably, this makes it more difficult for older children and adults to learn a new language.

The brain of a child, who has had significant exposure to a new language, will already be rewired. This early rewiring generally makes it easier for kids to learn that language or further languages at a later stage. Therefore, foreign language exposure is important at a young age.

Immersing a child in two or more languages will help wire their brain to accept further languages more easily. This early experience will even facilitate later learning. Above all, the learner will not have to first accept that there are language differences – which is sometimes half the battle.

Patterson only makes a fleeting reference to accents in her article.

In my view, whether or not your child is a sponge when it comes to language learning, early foreign exposure is key to developing the ability to speak the language properly.

Certain sounds are specific to certain languages. For example, the rolled ‘r’ in German or Spanish, the ‘tj’ in Swedish, or the ‘‘ in English. Exposure to such sounds at a young age – before the palate has fully developed -increases the likelihood that a child will later be able to properly pronounce those sounds.

While it is possible – with hard work – to learn to speak and write a language perfectly, the learner may remain unable to produce certain sounds if their palate is fully developed before the speaker has learnt to make those sounds.

(Significant) Foreign language exposure is important as a child – such as should be the case if you are raising a child to be bilingual – to ensure that your child will develop a native accent. Even if an adult becomes fluent, they will always have the tell-tale accent.

Early foreign language exposure is important, even if your child is not a language sponge

7 reasons why we’re raising our child to be bilingual 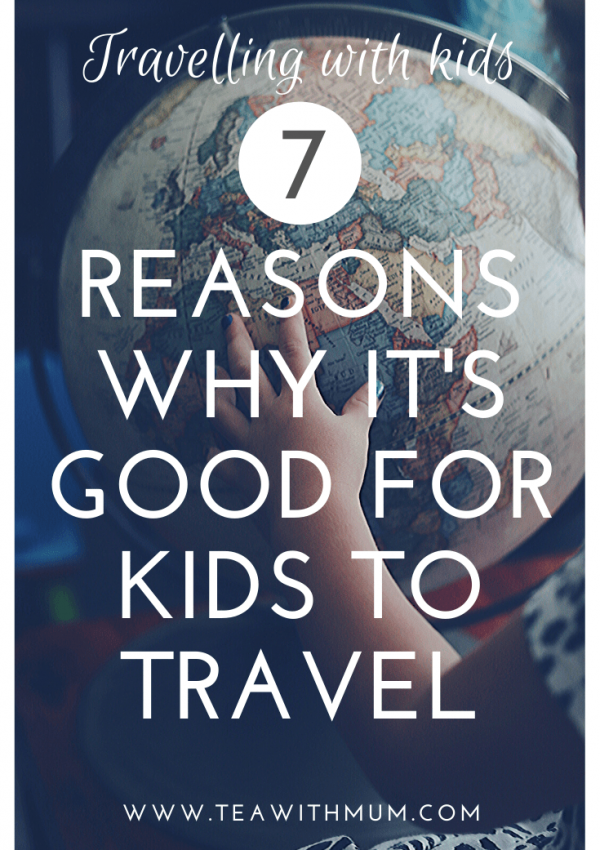 Knights and Princesses: a visit to Burg Castle in Solingen