The Berlin Wall or Berliner was a guarded concrete barrier that separated West Berlin from East Berlin and East Germany. This physical and ideological barrier stood from 1961 to 1989. This Saturday, 9 November 2019, marks 30 years since the fall of the Berlin Wall.

Why was Berlin divided?

The Potsdam Agreement divided what was left of Germany at the end of World War II into four zones. There was one zone for each of the occupying powers, the USA, Great Britain, France and the Soviet Union. Berlin was the seat of the Allied Council. Despite being totally surrounded by the Soviet zone, Berlin was also divided into four zones.

The Soviet zone became the German Democratic Republic on 7 October 1949. Property and industry were nationalised in East Germany and Marxism-Leninism was taught in schools. Soviets infiltrated all levels of East German government. The East Germans installed an elaborate network of spies to keep the population under close surveillance.

Why was the Berlin Wall erected?

Idealogical differences and significant growth in West Germany’s economy and standard of living saw many East Germans emigrate to West Germany. When East Germany closed the border between East and West Germany and erected the Inner German Border (barbed-wire fence), West Berlin became a magnet for East Germans seeking to escape life in the GDR. Approximately 20% of the East German population (3.5 million people) escaped through West Berlin. Many of these people were young and well-educated.

On 13 August 1961, the GDR started construction on the wall, the “Anti-Fascist Protection Rampart” (Antifaschistischer Schutzwall). Unofficially, the Wall stemmed the exodus.

Officially, the Wall was erected to dissuade aggression from the West. It protected the East German population from external fascist elements. These elements were conspiring to prevent the “will of the people” from building a socialist state in East Germany.

Where was the Berlin Wall?

The Wall cut West Berlin off from Eastern Germany, including from East Berlin.It was some 156km or 97 miles long, 43 km (27 miles) or which divided East and West Berlin.

The Wall stood just inside East German territory so that it did not encroach on West Berlin at any point. East German workers tore up streets that ran in parallel to the border to make them impassable. Once the initial barbed wire barrier was finished, the first concrete elements were put in place on 17 August 1961. Army and combat groups watch with orders to shoot anyone who tried to defect.

The barrier included 302 guard towers and a wide, open area, later known as the “death strip”. This strip contained anti-vehicle trenches, some 55,000 minefields and other obstacles. It also provided a clear line of sight for shooting anyone who tried to flee.

What was it like in Berlin before the fall of the Berlin Wall?

The Berlin Wall went up overnight, without warning. The Wall separated family members. East Germans who worked in the west could no longer get to work. It severely restricted freedom of movement.

Peter’s cousin lived in West Berlin (she still does) and he visited various times. He recalls long train trips through East Germany which didn’t stop until the train reached Berlin. Often when he visited, they would go out to eat or to parties in Kreuzberg, where his cousin and her husband lived (the Wall bordered Kreuzberg). He always found it special to be celebrating so close to the Wall.

When he was still at school, he also took a school trip to East Berlin. They were only allowed to stay one day and he remembers strict rules about crossing the border from West to East Berlin and back. Once in East Berlin, they were required to convert 20 DM (West German Marks) for 20 DDM (East German Marks).

They spent the day just in East Berlin as there was no time to take a trip outside the city. Many of the things he saw that day are still standing, such as the television tower and clock at Alexanderplatz. Things seemed a little sterile and forced.

After visiting a bookshop and eating lunch at the most expensive restaurant on Unter den Linden, he still had 10 DDM in his wallet. Things were so cheap, it was difficult to spend the 20 DDM in one day. However, you could not take the money back to the west with you. Peter doesn’t remember what he did with the remaining money but probably just threw it away.

I was not old enough to visit Berlin when the Wall still stood. When I first visited Berlin in January 1994, the fall of the Berlin Wall was still fresh in people’s minds. Even to my untrained eye, the differences between East and West Berlin were still obvious.

Experience Berlin before the fall of the Berlin Wall for yourself

This trailer for the panorama provides an idea of what life was like in Berlin before the fall of the Berlin Wall.

What you can see of the Wall now

There is very little remaining of the Berlin Wall. Both the physical and ideological borders are gone. Public transport, for example, no longer clearly shows where the border once was. The differences in architecture and in affluence are also not as obvious.

You can still see some sections of the wall.

Don’t let the fakes fool you! If you would like a piece of the Berlin Wall, visit a Berlin Tourist Info Centre where you can buy a piece of the Wall with authenticity certificate for EUR 3.99.

Some of you may remember that we were in Munich at the Oktoberfest with Miss M on the German Reunification Day long weekend.

The fall of the Berlin Wall was such a symbol of reunification for Germany. You might therefore wonder why 9 November was not chosen as German Reunification Day.

Many significant events in German history occurred on 9 November.

In 1918, Kaiser Wilhelm II of Germany adicated following the German Revolution. He then proclaimed Germany a republic.

Only five years later in 1923, Adolf Hilter’s Beer Hall Putsch or coup d’état in Munich failed. He and others sought to seize power by marching on the Feldherrnhalle. 18 people died. Hitler was later arrested and charged with treason.

The Night of Broken Glass (Kristallnacht) also took place on 9 November in 1938. Jewish homes, hospitals, schools, stores and synagogues were ransacked and demolished throughout Germany, Austria and Sudentenland. More than 30,000 Jewish men were arrested and sent to concentration camps. The night is named after the shards of broken glass that littered the streets afterwards.

For these reasons, the German Government instead chose 3 October as Reunification Day.

Ostalgie – a portmanteau of the German words for east (Ost) and nostalgia (Nostalgie) – is nostalgia for aspects of life in East .

After the fall of the Berlin Wall and German reunification, many of the symbols of the German Democratic Republic disappeared. However, with time, many Eastern German started to miss certain aspects of East Germany, such as brands or cultural events. Ostalgie refers to this nostalgia.

One of the best examples of Ostalgie is the decision to keep the little man that is used for pedestrian crossings at traffic lights in Berlin (Ampelmännchen).

Various films also deal with Ostalgie and life in Berlin or East Germany before the fall of the Berlin Wall. You might like to check these out.

, Lenin: A critically acclaimed film starring Daniel Bühl. In East Germany in 1989, a young man is arrested for protesting against the regime when his mother has a heart attack and falls into a coma. When she awakes months later, East Germany no longer exists. In order to prevent her from having another heart attack, her son tries to recreate East Germany for her.

Deutschland 83/Deutschland 86: A young East German is sent to West Germany as a spy to infiltrate the West German army. His decisions constantly put his cover at risk. This series won various awards, including an Emmy, and has a great soundtrack.

Bridge of Spies: This film stars Tom Hanks as a lawyer who is recruited by the CIA to handle a prisoner exchange during the Cold War. The exchange takes place on the Glienicke Bridge, a restricted border crossing between East and West Berlin.

Sonnenallee: The film showcases the absurdity of life in East Berlin. It follows a group of kids growing up on the short (east) side of Sonnenallee in Berlin, right next door to one of the border crossings reserved for German citizens.

Balloon: Based on a true story, this German film looks at the Strelzyk and Wetzel families’ crossing from East to West Germany in a homemade hot-air balloon.

The Life of Others: Winner of an Oscar for Best Foreign Film, The Life of Others follows a member of the German secret police (Stasi) as he conducts surveillance of a writer and his lover and finds himself more and more absorbed by their lives.

30 years since the fall of the Berlin Wall and counting

Many Germans now are too young to remember World War II and the Nazi regime. However, my generation still knows what it was like to live in East Germany and with the Wall.

Like Neil Armstrong landing on the moon, the assassination of President Kennedy or the death of Princess Diana, you are likely to know where you were when you heard about the fall of the Berlin Wall.

Where were you when the Wall fell?

If you are in Berlin, I hope you have a chance to see some of the Berlin Wall and remember what life was like in Berlin before the Wall fell.

In case you missed it

I was disappointed to miss this art installation that was installed for the 30th Anniversary of the Fall of the Berlin Wall. Isn’t it amazing?

Save it for later: 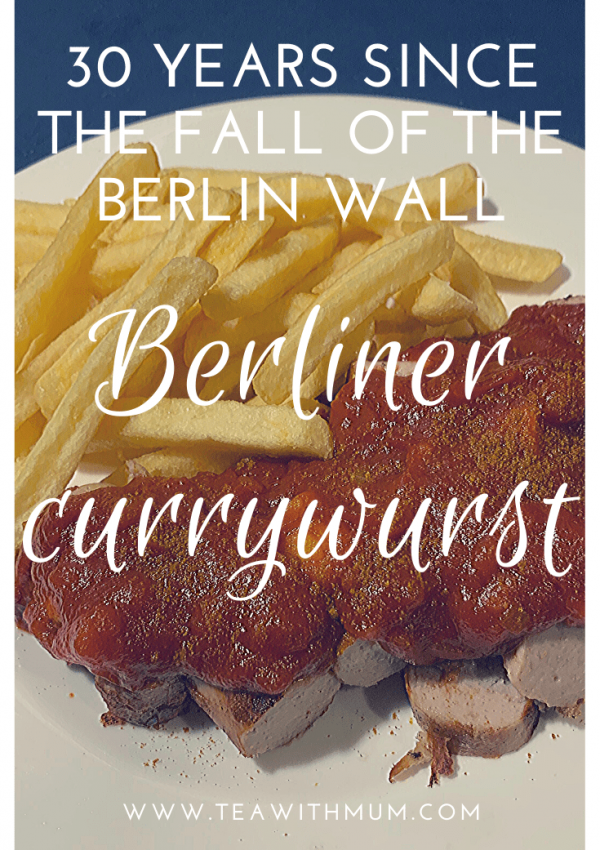 Versailles with kids: 5 things you definitely need to know before you go and won’t find in a guide book

Should you take your child to the opera in Verona?