A couple of weeks ago, we took our little dinosaur aficionado to Dinoland in Zwolle, the Netherlands. We had a great day and would definitely consider returning, perhaps with a friend or two in tow. This is our Dinoland review.

The park was informative but much lighter on information than the average museum. In contrast, see for example our review of the Bernissart dinosaurs in Brussels. In many respects, it was like a Jurassic Park theme park, without the franchise. This was great, given that our daughter can’t yet read the information anyway. Instead, the playground area and Paleo Lab were the stars of the show.

The weather was perfect and, while the car park was full, the park itself was not. I am not sure that I would like to visit the park in the middle of Summer. There is little shade, and water features are limited. We could easily imagine it being much more crowded and not as much fun during the Summer holidays.

There are three main dinosaur sections, representing the Jurassic, Triassic and Cretaceous periods, and more than 100 dinosaurs in the park, mostly in these areas. For each dinosaur or group of dinosaurs, there is a sign with some basic facts in three languages: Dutch, English and German.

The play areas, too, are dinosaurthemed. There are various slides, climbing apparatus and swings, including a swing designed for wheelchairs. Little rocking dinosaurs join ‘dino autos’, a min(m) golf course, and a pteranodon climbing tower. Crashed planes, helicopters and jeeps are there for the kids to climb into and pretend to fly or drive.

A T-Rex fossil takes pride of place in the middle of the playground area. There are plenty of brushes and plenty of room so that numerous children can pretend to be paleontologists together. Sails ensure that the kids are digging in the shade.

For small children, there is a smaller paleontologists dig site and smaller slides. When the weather is poor, there is also an indoor playground with a ball bath, slides, etc., as well as Playstations. Children under 4 y.o. have a separate indoor area.

One of the highlights of the park is the Paleo Lab. Set in a large glasshouse, the Lab houses a range of creative activities. Miss M loved making a clay brachiosaurus and searching for gemstones. She wanted to dig up fossils as well, but couldn’t wait long enough for the next group to start (they only started on the hour). Some activities have an additional cost, but these are minor. Miss M was allowed to take home the gemstones she found, as well as her clay brachiosaurus.

At the moment, a mini indoor exhibition focuses on the Tyrannosaurus Rex and the discovery of various T-Rex fossils. This was similar to a normal museum but still had two art activities for kids.

Luckily, we took the time to look at this exhibit – by this stage, Miss M was tired and we very nearly skipped it. Our little dinosaur enjoyed colouring in various dinosaur pictures and was even allowed to take some extra ones home with her.

We also discovered that Trix, the T-Rex skeleton, will be returning to the Naturalis Museum in Leiden in mid-2019, once renovations are finished. We are already planning a visit.

Logically, the restaurant is also dinosaur themed. One part of the restaurant is devoted to the bone wars and the rivalry between Othniel Charles Marsh and Edward Drinker Cope. The other half has murals and a number of mechatronic dinosaurs, which are quiet until they suddenly start to move and roar. Miss M was mesmerized; other children went running and screaming for their parents.

We found the food prices to be very reasonable. Yes, it was more expensive than certain hamburger chains, but it was much less than it is at many theme parks or zoos. We had nachos and they were quite tasty. The burgers looked good too.

The staff were all dressed as rangers, and those we spoke to were very helpful. We had no language difficulties as they all seemed to speak both English and German. All the signs are also in all three languages.

This is a great park for kids, but not quite as much fun for adults. Realistically, it is a great playground with dinosaurs, rather than a museum with a playground. For adults, the real joy is from watching a child’s reaction to various mechatronic dinosaurs and to playing on the equipment.

Dinoland review: all in all, we gave it five thumbs up. 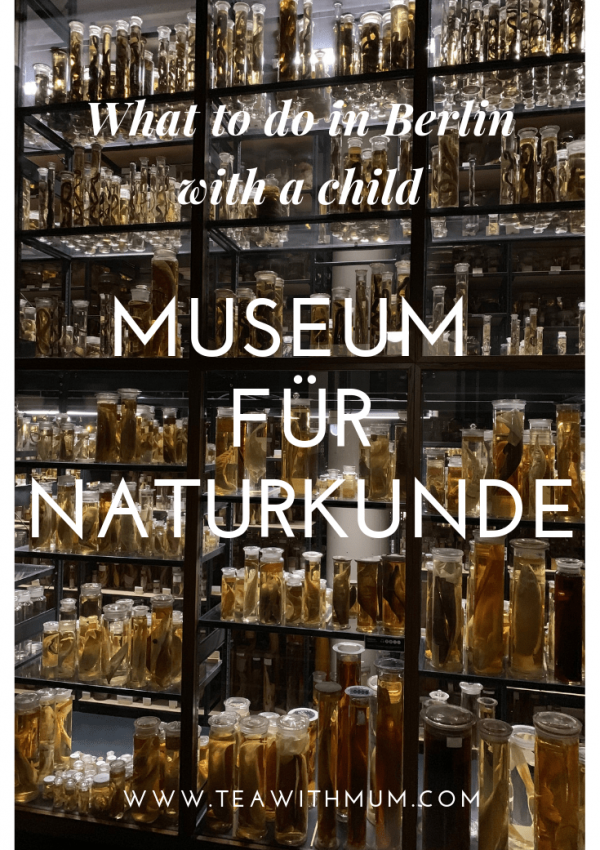 The dinosaurs at the Museum für Naturkunde, Berlin