The Munich zoo – AKA Hellabrunn Tierpark – is a cool, green oasis in a city with a number of green oases. It is inviting and relaxing. With the exception of the playground and the area under construction, it never feels overcrowded. We make a point to visit the Munich zoo at least once a year.

It is no secret that Miss M loves zoos. We have annual tickets for our local zoo, Wuppertal, which we just renewed. We already have blog posts about Burgers Zoo and Artis in the Netherlands and the Cologne Zoo.

Hellabrunn is the first geo-zoo

Hellabrunn Tierpark opened in 1911 and became the first geo-zoo in the world in 1928. What is ? It is a zoo that shows its animals by geographical region, i.e. the Asian animals are grouped together in one area, the African animals have enclosures next to each other. If you follow the trail you will travel around the world and experience difference habitats. Hellabrunn still takes this approach.

New and improved enclosures make each visit to Munich zoo an experience. In 2013, the giraffes received a large new home, marking the start of the move of the African animals. You can now view the giraffes from the two-storey viewing platform. If a giraffe is close, your little one will be eye-to-eye with them.

In 2017, the zoo added Polar World. It houses the polar bears in one of the largest and most modern enclosures in Europe. This area grew in 2017 with the opening of new enclosures for Patagonian sea lions, arctic foxes, mountain or tundra hares and snowy owls. Miss M loved following the animal footprints set in concrete in Polar World.

In 2018, Hellabrunn opened phase I of the Mill Village or Mühlendorf. This part looks like a big farm and focuses on regional biodiversity, local heritage and endangered breeds. It looks, for example at the fish that live in the Isar and how wild species evolved into domestic animals. It even has a shop where you can buy regional products, such as honey or egg noodles. We bought some of the Bavarian sweet mustard (you eat it with Weisswurste) on our last trip.

When is a zoo not a zoo?

Hellabrunn doesn’t actually call itself a zoo. They use Tierpark, which means park, instead of Zoo. Instead, Hellabrunn sees itself as a nature preserve on the Isar River, with especially large, structured enclosures. The proximity to the river means that the zoo has numerous bridges – I read somewhere that they have 40. For this reason, it is often called the Venice of Zoos.

The facts and figures

Hellabrunn Tierpark is huge – 40 hectares. It is definitely an easy way to ensure that your little one sleeps well in Munich. Add the 5-minute walk from the S-Bahn (stop: Thalkirchen) and your child will definitely be ready for bed by the end of the day.

The zoo has more than 18,000 animals and over 750 species. These range from giraffes, elephants and lions to drills, muntjacs, moustached guenon, and manuls. I know, I had had to look up a couple of those too. They even have re-created aurochs (known as heck cattle) and back-bred tarpans (known as the heck horse). Both of these animals have been extinct since 1627 and 1909 respectively.

The great thing about all the greenery is that it doesn’t feel really hot at the zoo, even on the hottest days of the year. Our 2017 trip coincided with the hottest day of the year. Unlike our experience at other zoos, the animals were still quite active – some even more so. Watching the baby polar bear swimming to cool down was a delight.

Entry costs EUR 15 for adults and EUR 6 for children (aged 4-14 years). One adult and one child can enter together on a EUR 19 ticket. The park is open from 9 a.m. to 6 p.m. in Summer and closes one hour earlier in Winter. These prices are very reasonable compared to other zoos of this calibre.

Our favourite animals at Hellabrunn Tierpark are the polar bears, the elephants and the orangutans. We have had amazing encounters with all of these animals while visiting making them all the more special. I don’t think Miss M will ever forget the polar bear swimming or the elephant bathing or conversing with the baby orangutang.

Don’t miss Dracula’s cave. The bats fly around in the cave as you stand there. It is quite common to feel one touch an ear of sense them very close to your face. (Dracula’s cave is not suitable for very small children, those that don’t like the dark or can’t be for a few minutes).

Of course, no review would be complete without a review of the playground. Hellabrunn has a large playground with lots of fun for kids. A tip: the Cologne zoo playground is bigger.

A mini-holiday in the heart of Munich

It almost feels like a short holiday when you visit Hellabrunn Tierpark. The location and abundance of greenery make it very relaxing, despite being in the middle of a major city. It is relaxed and entertaining, and educational. The natural settings and geo-zoo approach are educational. They also give you the feeling that you are watching the animals interact with their environment as they would in the wild. These are the goals outlined in the Hellabrunn master plan.

A visit to Munich zoo: our verdict

Hellabrunn Tierpark is a great zoo and is definitely worth a visit if you are seeing Munich with young kids. It is even worth visiting if you do not have kids but still like animals.

We give it six thumbs up.

Do your children like going to the zoo when you go to a new city?

Princesses, dinosaurs and Lego: fun day trips in and around Munich with kids

Should you take a child to the Oktoberfest 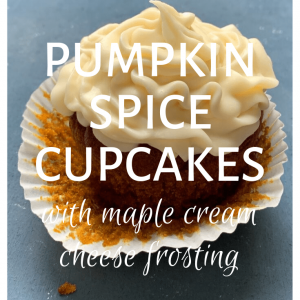