We haven’t really written many posts about our visits to zoos (yet). However, we go to zoos even more often than we visit dinosaur parks or museums. We have even been known to do both on one day. So of course, when we had a visitor from Australia, we had to take him to a zoo. We chose to visit Royal Burgers Zoo in Arnhem, the Netherlands.

How to get there

We drove across from Germany and stopped in on the way to Rotterdam (for a concert). The park was easy to reach and there is ample on-site parking (EUR 6 for a parking ticket). For those without a car, buses run regularly to and from the train station in Arnhem.

We booked our tickets online. Entry is more expensive than many zoos: EUR 23.50 for adults (in 2019). Children under 4 years old (like Miss M) are free

Tip: Book your tickets online. Not only will this save time but it saves one euro on each ticket, too. To conserve paper, the zoo even recommends the use of electronic tickets. Don’t forget to purchase your parking ticket!

Unfortunately, we picked the hottest day of the year so far for our visit. I think it topped the scales at 38°C, which is very hot for this part of Europe. This meant that many of the animals were understandably hot and sleepy, and not that interested in visitors.

Tip: Don’t visit Royal Burgers Zoo (or probably any zoo) on the hottest day of the year.

Depending on who you ask, Royal Burgers Zoo is one of, if not the best zoo in the Netherlands. That’s why the initial impressions of the park are a little disappointing – the oldest areas of the zoo are what you see first. Although there are many penguins, the older-style penguin enclosure was a strong juxtaposition to the positive stories we had heard about new enclosures.

In 1913, Johann Burgers established an animal park which later became Royal Burgers Zoo and his descendants still run it. Since its inception, the zoo has worked to ensure that animal enclosures reflect the natural environments of the animals as much as possible. We were interested to see how this philosophy had been implemented.

I had read about the success of this approach, especially for the gorilla and chimpanzee enclosures. Over the years, these programs have seen many researchers and animal behaviourists visit Royal Burgers Zoo in order to carry out studies of these animals. Our expectations were high.

The first of the new enclosures we faced was the lemur enclosure, which only opened in April 2019. Unfortunately, due to the heat, they were all inactive and sitting inside, so we could not see how much they liked their new enclosure.

In fact, hot and bothered animals, hiding from the world were symptomatic of the whole visit.

Rimba – the Malaysian tropical rainforest – was also a little disappointing. The area itself was great. However, we could not enter part of it, presumably because of the heat. This meant we didn’t get to see all the animals. Of course, those that we did see were rather inactive.

The highlight was probably the jaguar, who conveniently decided that the best place to nooze was right in front of the window. At least it was until a large and rowdy school group arrived.

Our personal highlight for the day was Mangrove, the largest indoor mangrove in the world. They have manatees! For the first time in my life, I saw manatees! And there was a baby!

Mangrove was designed to resemble a mangrove in Belize and imitates tidal waters. We had fun watching the mud plane and fiddler crabs play in the mud and challenge each other to fights to impress each other.

The other lovely thing about the mangrove area is the butterflies! They are in abundance. Unfortunately, we were too slow with the camera when one landed on Miss M’s head.

We also really enjoyed the desert and ocean areas.

The desert area resembles a Mexican-American desert. Entry is via a tunnel that is made to look like a deserted mine shaft. Other areas include a stalactite and stalagmite cavern, with a school of blind cave fish and various snakes and spiders. Of course, our little dinosaur aficionado found the T-Rex fossils.

Ocean houses the largest living coral reef in an aquarium outside of Australia.

The Ocean exhibit starts in the shallow waters of a beach or tropical lagoon. As you proceed through the area, the water gets deeper and deeper until you are underwater. This is accompanied by a temperature drop of at least five degrees. Gee, did that feel good on the day we visited!

After admiring the coral, we had fun relaxing and watching the sharks through an enormous panoramic window. We probably stayed longer than we needed to but we were just cooling down.

Unfortunately, in order to get from the desert to the ocean, we had to go through the part of our visit that we enjoyed the least: Bush.

Although it is called Bush, it is actually an indoor tropical rainforest. Birds and reptiles roam freely throughout the enclosure. It is also the home of the aardvarks – the symbol of the zoo. Unfortunately, they were hiding during our visit.

The rainforest also boasts the largest waterfall in the Netherlands. While it is not huge, it does provide a lot of moisture. With the oppressive temperatures outside, the oppressive humidity in the rainforest was unbearable, unwelcome and easily our least part of our trip.

We also spent more time than expected in the area. After sweating uncomfortably in the rainforest, we visited the desert, only to then find that the exit we had planned to take was closed. The only way to the ocean was through the rainforest. Later, we had to again detour through the rainforest to find our way back to the park entrance. This is normally unnecessary but was our only way out on the day.

There are numerous restaurants at the zoo, each themed to the area in which it is found. The biggest is the Safari Restaurant (and Meeting Centre), with beautiful views from the large deck that overlooks the giraffes, zebras and rhinos in Safari. The restaurant was closed on the day that we visited (a weekday outside of school holidays). However, both the snack shop and deck area were open.

The food that we saw was fine, but not special and rather expensive for what was on offer. Luckily, we had some leftovers we needed to eat and had bought a packed lunch.

Tip: If you are able to bring your own lunch, we recommend going to Safari and sitting on one of the benches at the end of the raised walkway next to the watering hole. We had a very enjoyable picnic lunch, watching the parade of gnus, zebras, giraffes and white rhinos at the waterhole.

As a side note: the lion program at the zoo is extremely successful. In the 1930s, the zoo constructed the first lion enclosure without bars. In the 1960s, Safari became the new home of the lions. Impressively, in just over 100 years since the zoo opened, more than one thousand lion cubs have been born at the zoo. We only caught a glimpse of the lions during our visit.

All signage was in three languages (Dutch, German and English) and we had no difficulty communicating with staff.

The park also has a large outdoor playground. It looked fantastic but it was too hot to try it out. There is an indoor playground too, but we did not want to backtrack to get to it.

The playgrounds, restaurants and even the toilets are ‘themed’ to match the area that they are in. The ‘Bush’ restaurant serves tropical food, the desert restaurant is Tex-Mex, while the Safari restaurant services African food.

I even took a picture of the toilets in the Mangrove area. Outside they looked like a beach shack, complete with a washed-up wooden boat. Inside, they are ly coloured and use recycled elements: the sinks were metal drums.

The park has various stuffed animals – representing the park’s diverse inhabitants – which can be purchased as souvenirs. The prices are quite reasonable too!

Our visit to Royal Burgers Zoo: our verdict

Royal Burgers Zoo is one of the best zoos we have visited (so far). Despite the heat and the understandable inactivity from many animals, we would give the zoo six thumbs up. With its diverse range of animals and extensive habitats, the zoo is well worth the visit.

What do you think? Do you enjoy going to the zoo? Have you visited Royal Burgers Zoo or do you have one to suggest? Let us know! 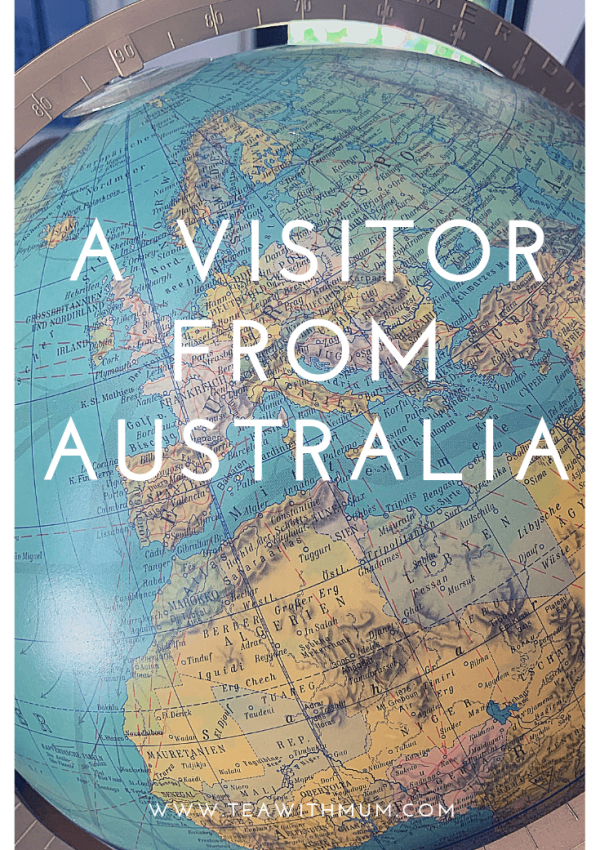 A visitor from Australia: doing the tourist thing in your home town